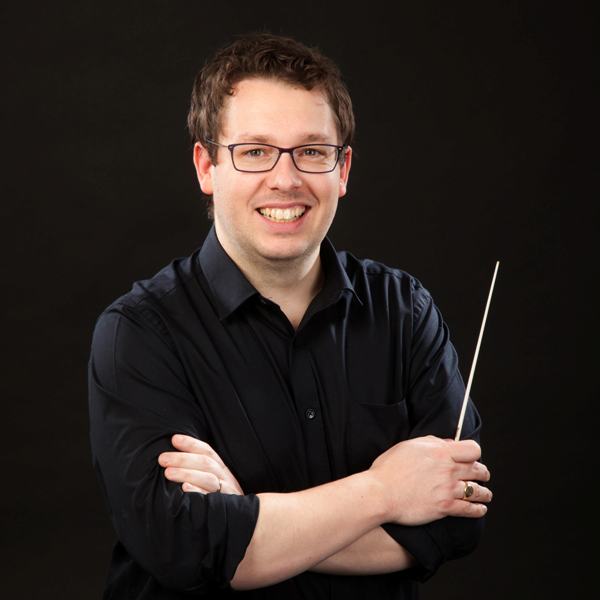 Otley Brass Band are very pleased to appoint Craig Ratcliffe as their Musical Director with effect from November 2021.

Born in Wetherby, West Yorkshire, Craig Ratcliffe is well known across Yorkshire and throughout the world of education as musician committed to developing young talent and fostering a love of music in all. Although his first musical encounter was with the bagpipes at the age of 10!, Craig quickly
developed a love of all things brass and spent his formative years playing Euphonium and Trombone for a number of local brass bands.

Studying music at Huddersfield University under the tutelage of Philip McCann, David Thornton and Barrie Webb, Craig played for many of the area’s top brass bands whilst musically directing the Tewit Youth Band in Harrogate. During this period the band grew to over 100 members across 4 bands and nurtured
many musicians who have gone on to professional careers within music. In one of the most successful periods in the band’s history, Craig was Musical Director of the Harrogate Band from 2011-2014 leading them to become the North of England regional champions on 2 two occasions and saw them work on a
number of creative projects including a BAFTA winning episode of ‘Old Jacks Boat’.

Craig is in demand as a Musical Director of theatre and the arts and works closely with a number of local organisations. With Harrogate Operatic players, he has produced Annie, Betty Blue Eyes, Top Hat and Sister Act to name but a few and also continues to perform as a trombone player for a number of
groups. In the world of choral music, Craig is the Musical Director for the recently formed Tadcaster Community Choir.

As Director of Music at St. John Fisher Catholic High School in Harrogate for the last 11 years, Craig continues to drive music in a large and highly successful department with a national reputation for extra-curricular music and exam success. Beyond the world of education, he is an Artistic Director for the Harrogate International Youth Festival of Performing Arts and a trustee of the Harrogate International Festivals, the largest arts festival in the North of England.